Google Pixelbook is a state-of-the-art Chromebook developed by Google. The device offers versatility and power and really knocks its competitors out of the park. It is one of the best 2-in-1 laptops and a Chromebook out there in the market right now. The device sports a powerful processor in a sleek, beautiful slim design. So, it not only offers powerful performance but also offers style. The laptop includes the Android and has not lost the Chrome OS’s features, raising it to the level of rivaling the current Windows 10 and macOS running laptops. Google Pixelbook offers specifications akin to what Apple is offering. Although a little pricey, it still very easily matches its rivals thanks to its awesome specs and is a really good choice for those who expect a premium working experience from their laptops.

The Google Pixelbook sports the 1.2GHz Intel Core i5-7Y57 (dual-core, 4MB cache, up to 3.3GHz) processor with an Intel HD Graphics 615 GPU. The laptop has 8GB or 16GB LPDDR3 RAM and is available in 128GB, 256GB, and 512GB SSD storage configurations. The 16GB RAM, 512 GB storage configuration packs a Core i7 processor instead of the Core i5 one, making it a top-end variant. All the processors belong to the Y series, meaning the Pixelbook is fanless. That is because Y-series chips are low-power, a low-heat solution offered the Intel corp. In addition to a good processor, with powerful memory and storage, the laptop also has a beautiful 2400 × 1600 display thanks to its 12.3 in QHD LCD touchscreen. The laptop has 2 USB-C 3.1 ports, headphone/mic jack, 720p webcam, 802.11ac Wi-Fi, and Bluetooth 4.2. 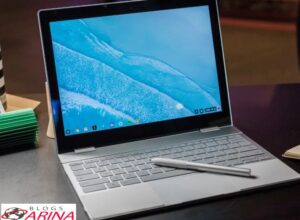 The Google Pixelbook is a real of fine art when it comes to its design. The body weighs just under 2.5 pounds with dimensions 11.4 × 8.7 × 0.4 inches. The body frame is made of brushed aluminum with flushed edges, offering rubberized palm rests and underside. The speaker is not up to par, as it is placed beneath the keyboard giving a thin sound. Lucky for you, the Pixelbook does come with a headphone/mic jack, allowing you to use hands-free or headphones. The glass trackpad is phenomenal in its functionality, offering single- and multi-touch gestures with smooth and precise tracking. The keyboard keys are well-spaced, back-lit (great for working in the dark) and give a subtle clicking sound when pressed.

The 3:2 display is the real deal in this awesome Chromebook. The 12.3 in LCD touchscreen with 235 PPI produces beautiful colors contesting many other laptops like the 13-inch MacBook Pro. The panel serves beautifully for any role or function that you want watching movies to performing photo editing. The display is also very accurate when you use it as a touchscreen, especially when you use the Google Pixelbook Pen.

The Pixelbook Pen is a great thing in itself. Although it is not included with the laptop, you can buy it separately. I know it is pricey too, but it is still worth buying. The pen provides good pressure response and tilts support, making writing and drawing easier and fun. There is one button, which is a Google Assistant button but also integrates Google Lens technology. When you press the button and then use it, the pen won’t actually draw anything. It will send the data to the Google Assistant, which will analyze and then send the results collected from the Google servers related to whatever you encircled. So Pixelbook Pen can be a really good investment if one can afford it. 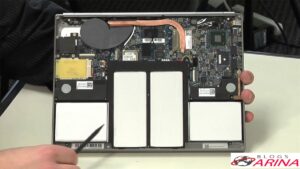 The Google Pixelbook is a monster when it comes to performance thanks to its powerful processor. It can very easily handle the regular work software and apps like Google Docs or Sheets or other software like Lightroom, Adobe, AutoCAD, etc. The Chrome OS also shows improvement in the browser department, i.e. you do not have to worry about the excessive RAM usage by the browser which is typically seen in the case of Windows 10 and macOS systems. It very easily outmatches the Samsung and Asus devices that fall under the same category in terms of performance.

According to the product page, Google says that the battery can last up to 10 hours on a full charge in the Pixelbook. But these numbers are based on a mix of standby, web browsing and other use’. The actual battery time might lie between 7 and 10 hours depending on what software or app you are running and what brightness level etc. Although other devices like Pixelbook Pro and Asus Flip might provide you good battery time, you must remember that they do not sport the same specs as the Google Pixelbook. 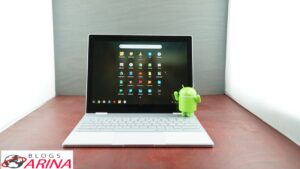 The Google Pixelbook is fully supporting Android Apps with a Google Play Store, making it look like the device was custom built to do just that. The device also has a new interface when it comes to using those Android apps, thus surpassing the Samsung and Asus Chromebooks in this regard. The Chrome launcher makes the accessibility to the apps quite easy. There is a key on the keyboard where Caps Lock is usually present (Caps Lock is still accessible by holding the Alt key and pressing the launcher button), as well as a circular button on the ‘shelf’ that looks like the traditional taskbar. This way you can easily cycle through the installed apps on your Pixelbook. 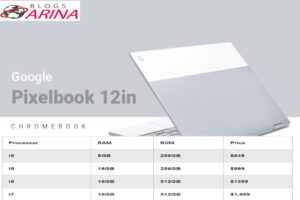 With the specs discussed above, you know the device is not going to be cheap. The device is pricey, ranging from $999 to $1649 (£999 to £1699). And that price does not include the Pixelbook Pen, which you will have to buy separately costing $99 (or £99). But with that high price tag comes a beast of a machine that can rival its competitor’s designs very easily. The equivalent Samsung and Asus devices have low prices, sure, but their specs also do not come near the Google Pixelbook when it comes to performance.

The Google Pixelbook is a great all-around device. It has a beautiful lightweight body frame and sports a powerful processor, memory, and good storage capacity. That, coupled with its beautiful display, awesome android support, and good battery makes it a real contender in the current Chromebook market. Although it might seem a little more costly than its competitors, it still packs quite a punch compared to its price tag.